Known for its Mount Olympus, its Greek ruins and its beaches where Aphrodite would have been born, Cyprus is also a land of BJJ. Let’s discover the Gracie Barra Cyprus in Limassol.

The academy is located at the bend of a street in the suburb of Limassol. An former garage now shows a window dedicated to martial art and Brazilian jiu-jitsu. As I crossed the door I immediately saw a Brazilian flag, Taz and the Gracie Barra logo. There was no doubt about the main sport in the gym! Many pictures of Braulio Estima (master of the team) also complete the scenery. For an entire practice of BJJ each corner of the gym is used (with an upper floor fitted out for physical training). 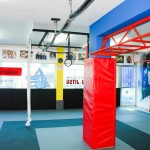 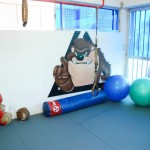 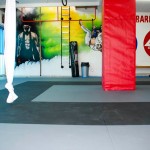 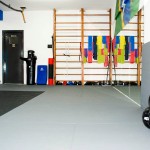 Now that the stage is set, let’s focus on Gracie Barra Cyprus’ story and more specifically its founder: Argyris Argyrides.

In 1998 when he was in the army, he discovered (painfully ^^) Brazilian jiu-jitsu during a hand-to-hand sparing with his coach. Despite of his long experience in karate (15 years of practice which might be at the origin of his nickname “Senseï”), he was submitted with a choke without really understanding how.
Surprised and impressed, he decided to find out more about jiu-jitsu. How? With some technics taught by the coach in the army but more especially with books and VHS sent to him by his brother who lives in the USA. From then on he developed his knowledge in BJJ with a few friends. This was a prolific way to train as Argyris won to two medals at the European championship.

To keep on progressing he was very keen to meet a Brazilian jiu-jitsu master. So he went to Birmingham in 2005 in the Gracie Barra academy directed by Braulio Estima. The current cypriot academy and a strong relationship have been created at this meeting. Braulio Estima followed the academy’s evolution, visiting them regularly and recently gave the black belt to Argyris (oss!).

Gracie Barra Cyprus counts around 50 members: one black belt, one brown belt, 5 purple belts, around 15 blue belts and many white belts.
The team also counts several women who began BJJ with self-defence/BJJ for women class. As they became familiar with BJJ, they slowly abandoned this course to train with men in the traditional BJJ course.
Argyris is also proud to propose recently a children BJJ class with already 10 students.

As you can see, the academy has evolved well and has a nice dynamic both at local and European level. Despite the limits of insular living (it is harder to travel when you live on an island!) the members of Gracie Barra Cyprus regularly compete at European meetings. They are also very pleased to regularly welcome visitors to exchange about Brazilian jiu-jitsu (good time guaranteed!). BJJ an increasing sport on the island

Jiu-jitsu is well established in Cyprus with 4 academies on the island (2 in Limassol, 1 in Nicosie and the academy of Famagouste, North Cyprus, that you can discover on BJJ Globetrotter).

Let yourself be guided by the members of the academy. They will be pleased to give you some good addresses. Remember that you can find good places to go out at the marina and around the old castle in the old town of Limassol. 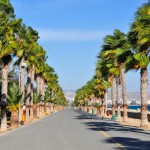 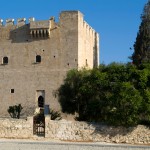 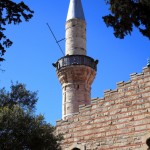 I also invite you to discover the island’s fabulous Greek ruins and more specially the site of Kourion, near Limassol. 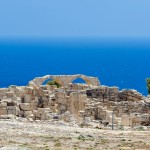 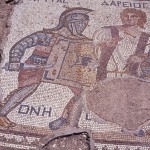 For board sports lovers Limassol has some good kitesurfing spots (especially in Kourion).
The island is also plentiful with nice villages and hiking trails in the mountains (a good way to find some coolness in summer when you have 35°C on the coast!). Basking on its nice beaches or practicing one of the many activities you can find there (snorkelling, boat trip…). To sum up Cyprus has on many different attractive points with a very warm population.

I could feel this warm welcome during my entire stay and more particularly at the Gracie Barra Cyprus. I left the island with the impression that I had been a member of the team… and with the wish to come back.

Thanks to all and see you soon!
Oss!